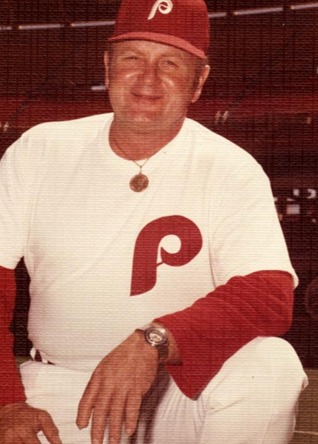 The man ,the myth,

Gus is a man who has spent the majority of his life studying the martial Arts. Through his extensive knowledge of the human body and the human spirit he has developed the most successful sports conditioning program in the world.

His services have been used by a variety of  professional sports franchises  including the  Dallas Cowboys, Los Angeles Rams, Philadelphia Eagles, Phoenix Suns and the Philadelphia Phillies.Those who have followed major league baseball closely throughout the years  are certainly familiar with the name Gus Hoefling. For over 15 years Gus worked as the Strength and Conditioning Coach for the Philadelphia Phillies. His success with many notable  players such as Hall of Fame pitcher Steve Carlton among many others has been well documented. During this time the team won numerous division titles  and making it to the World Series on two occasions capturing  the 1980 World Series! Gus is the only Martial Artist to have been awarded a World Series Ring!

From the top of the roster to the  bottom sthletes have  made dramatic gains in on the field performance and have increased career longevity through hard work and dedication to this program. Today "Gus Hoefling's Championship Conditioning Program can be found  on the shelves of many of the  nations top universities.

Gus does not live in seclusion in a mythical cave.

" In order to win the Cy Young Award a pitcher must be able to remain injury free. He must have strength, stamina and flexibility. I believe Gus's program can help an athlete stay strong and keep him out of the trainers room".

" I believe that a complete conditioning program worked at year round is absolutely necessary for a professional athlete. I only wish I had the benefit of Gus's knowledge throughout my whole career".